THE SOCIO-ECONOMIC EFFECTS OF THE BLOCKCHAIN 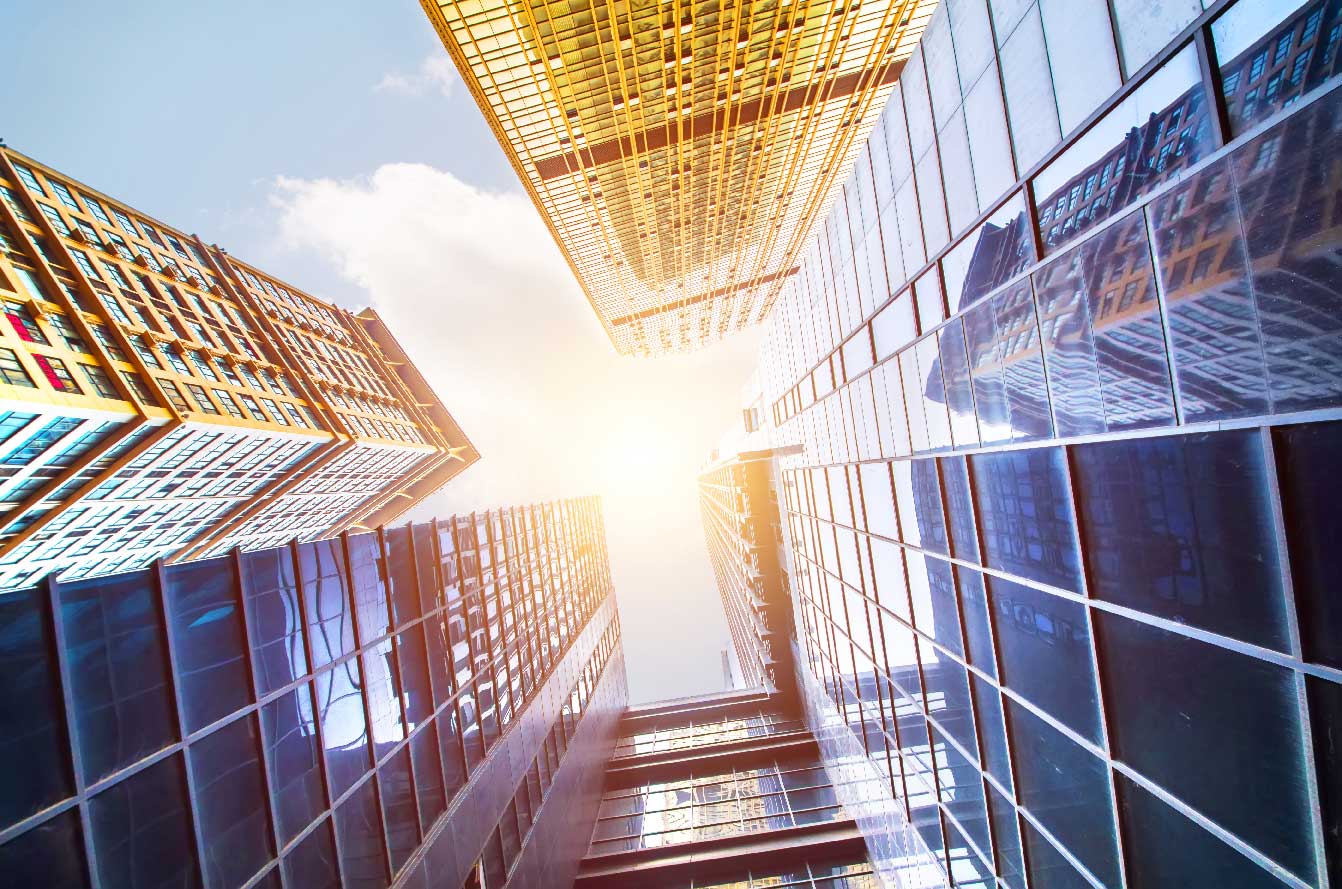 In the last article, we saw how the Nakamoto Consensus, so far the main kind of blockchain, works. In this article, we will dig into the socio-economic effects of this and similar technologies.

To understand the socio-economic advantages brought by the blockchain, we have to rely on some conceptual framework useful to our aims. In the first article, we have introduced the game theory and mechanism design in order to understand the technical side of the blockchain. In this article, we will add new analytical tools to our toolbox. We will make use of the neo-institutional economics, which extends neo-classical economics with the recognition that human rationality is bounded, that our information processing tools are limited, that we rely on culture, institutions, and heuristics in order to make sense of the world around us and reduce cognitive load. Institutions are cultural and legal construct which aim is to reduce coordination costs, the probability and profitability of predatory actions inside and between societies, and to guarantee the acquisition and maintenance of individual and social welfare. Historical institutions are not perfect, nor they could be, so they evolve during the time, adapted and adapting cultural, technological, social and environmental conditions.

The main tools of the neo-institutional economics are the property rights theory, the transaction theory, and the agency theory. Those will also be the tools we will use.

PROPERTY RIGHTS THEORY AND THE BLOCKCHAIN

Property rights theory deals with the analysis of the costs and benefits of this institution, of its forms across times and places, and of its effects on the civilizations known to us.

The right to property, which is the exclusive right to use and exchange of things, or even people in certain times, had a crucial importance in history. This institution reduces conflicts for the acquisition and use of means that the agents deems useful, and define who have the responsibilities of profits, losses and social costs given by the use or abuse of those means.

Property rights, as any institution, is more or less enforced by the rules and technologies used to enforce it. The civilizations which best managed to regulate and enforce it, have benefitted from a prosperous economy and a greater coordination ability, a longer time span and reaching bigger dimensions with respect to societies less good on this task. Historical positive examples include the Roman Republic and Empire and the Chinese Empire, which have developed legal means that, if not still in use, resemble the modern ones and in certain cases are even better.

The blockchain technology guarantees the reinforcement, transfer, and traceability of property right titles. Thanks to cryptography and incentives, the blockchain can ensure notary services at lower cost (those of the fees required by miners) than those required by the legacy system, which has high coordination and verification costs. This is provided for both value and data transfer. The data that can be directly registered in the blockchain is limited, although there are different attempts to overcome this limitation. Nonetheless, thanks to a cryptographic tool called cryptographic hashing, we can represent and notify with few bytes data of any size in a univocal way. In the blockchain jargon, these representations are dubbed proofs of existence, and they guarantee the authenticity and timestamp of the data notification. Cryptographically signed proofs of existence can be used to enforce the authorship and ownership of data (in the latter case they are called “smart properties”). In the case, we need to verify if any illegitimate registration ever occurred and we want to discourage anyone willing to register illegitimately data they should not own, the blockchain transparency makes a no-brainer to get the job done. Property right title could not be enforced easier nowadays.

This is particularly relevant if keep in mind that if in most parts of the developed countries has been easy to register and enforce property titles, this is not the case in the depressed areas of the developed world and in developing and underdeveloped countries, where running or even putting in place the required bureaucracies and law-enforcement agencies would be too expensive. Here predating others properties has lower risks and, comparatively, higher returns, with well-known socio-economic effects. Even if the situation is improving, the analyses brought forward by the Peruvian economist Hernando de Soto are still relevant.

TRANSACTION THEORY AND THE BLOCKCHAIN

Transaction theory deals with the structure, costs, and benefits of economic and political transactions. Transactions are subject to particular costs and risks, which, if too high, make them impractical, whatever their usefulness. Costs can be grouped in information costs (to know if and when a certain transaction is useful if there are available, trustable and reachable counterparties and intermediaries, how to execute it, how to check its phases), technological costs, legal costs, and financial costs. Whenever costs are not certain, there is a risk. Risk management increases transaction costs, and, in some cases, those costs make it infeasible.

The more a society succeeds to decrease transaction costs and risks, the more it increases the type and number of transactions it can manage, the number of people which can execute them, its complexity, its own dimensions and, definitely, its own economic output. By contrary, whenever a society fails to guarantee low-cost and safe transactions, in the best case collusions, corruption and nepotism become the only available means to bring on those transactions. The predatory nature of those means, their high risks, their high need for trust, curbs their scalability. Efficacy is sacrificed to trust, efficiency and scalability are sacrificed to political control, economic control is sacrificed to gluttony. The end result is that those societies stop working — if even did — and eventually decade.

The blockchain, reducing verification costs thanks to its transparency and the use of cryptographic methods, allow to certify, with low costs, and to verify, without costs, if there are the preconditions for the execution of a certain transaction, and in the case of failure, who or what is responsible for its failure.

Transactions which can be guaranteed are not just value transfers, but also transfers of anything digitally representable. Intermediation, when necessary, would be secured by the use of transactions with multiple signers. The use of smart contracts, programmable contracts that can be executed and/or verified on the blockchain, enables the automatization of various parts of the execution of small and big transactions, reducing associated costs and risks. The use of smart oracles, which are data-feeds registered and authored on the blockchain by trusted sources, whose responsibility is enforced by blockchain transparency, allows reducing information costs and risks of small and big transactions.

AGENCY THEORY AND THE BLOCKCHAIN

A principal delegates an economical or political transaction of some kind, because the costs and/or risks would be too high to bear by the principal. The agent, the delegatee, is chosen because of her trustability and competence in moving forward the transaction. Sadly, the costs of verifying and enforcing that agents behave as contracted —  agency costs — are often high. This situation increases the chances of moral hazard by the agents, which have incentives to profit maliciously from the power given by their position as delegatee, at the expense of their principals or others.

The problem affects all complex organizations. In those, it’s not unusual for principals to just have to trust in the agents and the check mechanisms inbuilt in the organization. In the case they find out it has not been the case, they do not have tools to better their situation, and the only alternative they have to those faulty services is to have none. This circumstance incentivizes an adverse selection favoring the agents who do not act correctly because they will always have more returns compared to honest agents, while their risks will stay low. This limits the efficacy, efficiency, complexity and scale that that organization can reach because to work properly it has to do it through trust, and trust does not scale.

Blockchain allows verifying that a certain agent has executed a certain action in a certain time, thanks to the use of proofs of existence and smart oracles. In the case more confirmations were needed, more users can confirm that an event happened by joining the signers of the event and confirming it by signing it. In this way, the probability of moral hazards is reduced or nulled.

As the blockchain enables easy verification of any transaction performance, even complex ones, and to ascertain and reinforce the accountability of the agents, it would reduce or nullify the costs of agency and make useless most of the intermediation currently required by legacy system to verify the preconditions, the performance and the postconditions of economic and political transactions. The remaining agency costs would remain only for transactions that require technical expertise and which verification is partly off-chain (outside the blockchain). Through the use of proofs of existence, smart oracles, and smart contracts, the blockchain technology lets users execute and verify governance protocols and complex contracts that are currently hard to verify or just impractical.

The blockchain technology has the power to completely rewrite the way societies carry on their functions. Its transparency, its ability to let anyone register and transfer value and data and, in certain cases, execute programs, allow to use it to increase the efficiency and the efficacy of various social institutions, both in the private and public sectors. This goes to the advantage of both those who are actually benefitting from those institutions, and those who are not. This is made possible by its reduction of the costs and risks associated with those institutions, to its increase of scalability and inclusivity.

Moreover, the blockchain opens to new institutions which in the legacy system are made impractical by their high costs and risks.

In the next and last article of this series, we will give a look to the last development in the blockchain area, giving particular attention to the alternatives to the Consensus Nakamoto.

To become part of our tech community and get all news on innovation, technology and much more, subscribe to our newsletter!

FOR ALL THE ARTICLES OF THIS SERIES, CLICK THE LINKS BELOW:

Blockchain, why the fuss? 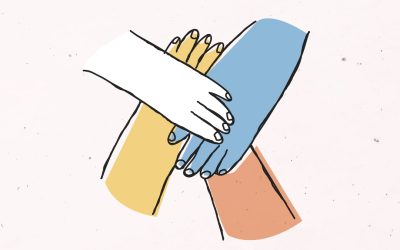