AGILE – THE HITCHHIKER’S GUIDE TO GALAXY 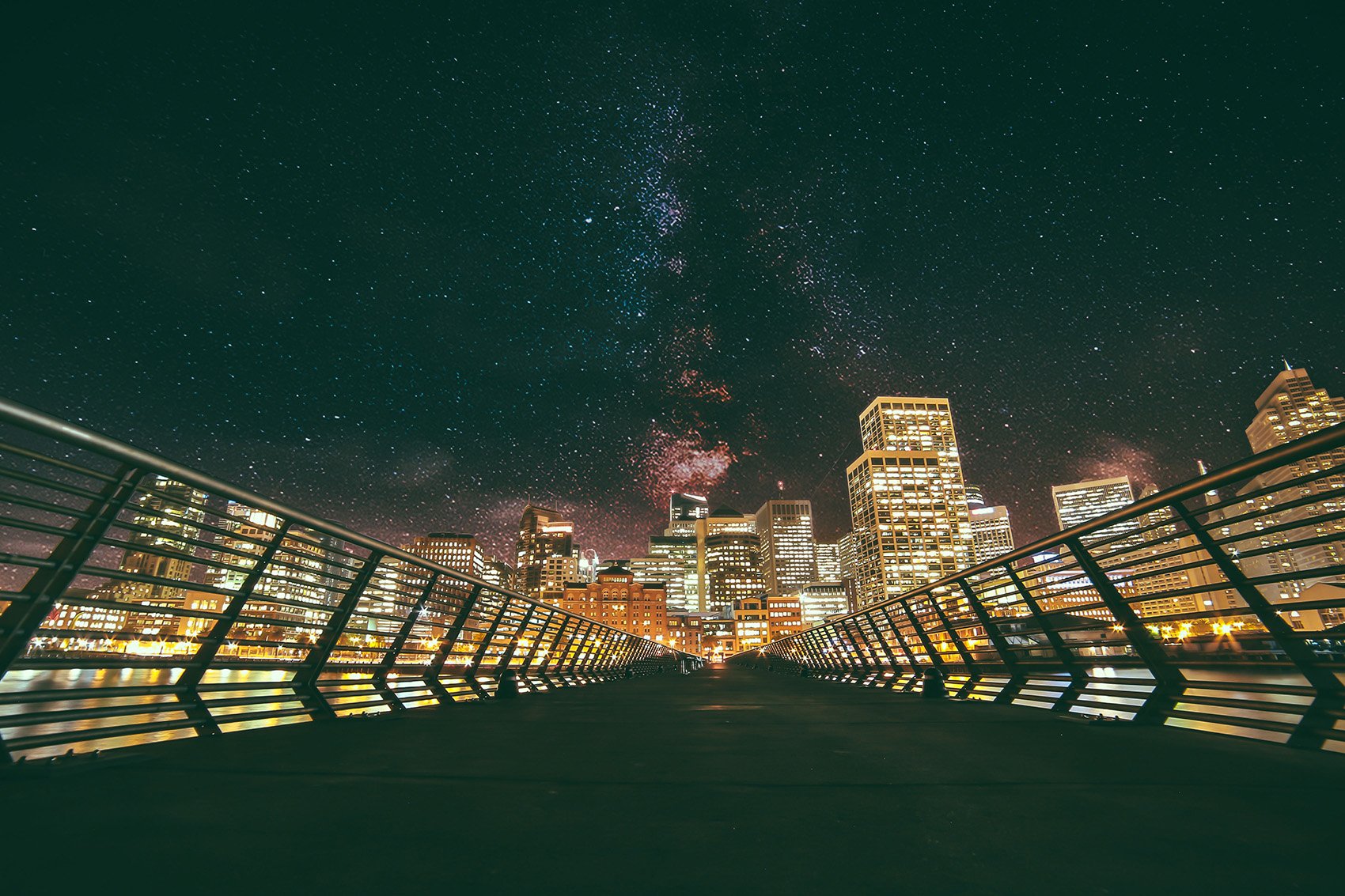 WHY INTERLOGICA IS INTERLOGICA?
AGILE, SCRUM, GUILDS AND OTHER INTERESTING TOPICS EXPLAINED BY A NEOPHYTE INSIDER.

I started working for Interlogica 4 weeks ago. The Christmas Holidays and half of January were already behind me. New year, new experience. Why talk about it? Because I found myself in such a new and unimaginable environment, that I had to talk about it. Never before had I come in contact with the “Agile world”. But once I got in touch with it, I felt like Arthur Dent with his Hitchhiker’s Guide to Galaxy “not an Earth book, never published on Earth Nevertheless, a wholly remarkable book. In fact it was probably the most remarkable book ever to come out of the great publishing houses of Ursa Minor of which no Earthman had ever heard either. Not only is it a wholly remarkable book, it is also a highly successful one ”.
You can see why I was so surprised while I was trying to picture that weird manual.

The dictionary’s definition of the word Agile indicates that the word refers to something swift, that can move easily. But what does Agile mean when referred to a company? Let’s start from the beginning. Agile is a working methodology, which was a trend until half-way through the 90s, that is applied to software creation processes. By applying the Agile methods, working processes change and become more fluid and more adherent to the client’s requests. The project is realized in different phases, each of them is called a “sprint”. Working by sprints means presenting the work to the clients through progressive blocks, allowing them to evaluate what has been done until now and continue on that line of work, or vary it, based on current priorities. This means that it is possible to apply changes while working of the project and, more importantly, to cut down production costs and avoid the development of useless features.

This is the practical introduction.

I also want to talk about how it feels to work in a 100% Agile company, that is, a firm that applies this methodology not only to production processes, but also culturally, to the entire working context. No theory involved, just field work. So, beside the manual, what else did I find? I’ve entered a context that is organized in an horizontal fashion, with few hierarchic levels, and in which there aren’t “departments” but groups of people: teams. This is the first real difference from my previous experiences. A very healthy curiosity towards the gears moving this company was my spontaneous reaction. In the meantime, however, I had to understand a lot of new concepts: “daily stand-ups”, “scrum”, “scrum of scrum”, “guilds”… how can I explain it, it’s a lot to take in, just like when Alice enters Wonderland and tries all those things that make her bigger and then tries all that other stuff that shrinks her. What a maze!

With great relief, I must admit that this change was quick and painless. I’ve come to realize that these actions are necessary in order to simplify a process, and not complicated it further. Actions are planned together and the team decides what to work on. Everyone is updated and the daily stand-up is used to revise and check on the advancement status of the work. There’s plenty of time for both individual creativity and spirit of initiative, which, in turn, enriches the team’s point of view. Soon enough, it clicked for me too: bye-bye old, dusty working structures. Hello, Agile

I’ve seen this method applied to production, processes, the team I work in, even clients.

Priorities are discussed and agreed upon, without losing the thread of what’s important. Everyone becomes more flexible so that, should there be any sudden necessity, it can easily be inserted in any workflow. However, what struck me the most was the continuous research for efficient solutions in a friendly environment in which it is possible to discuss and work together, not in an anarchic way though, while also keeping the self-organization characteristic. And I’ll go as far as to say this, there’s a lot less stress in such an environment.

To help you navigate all of these obscure points, I’ll leave a small terms/actions handbook right down below:

Scrum: It’s an Agile methodology, or at least, the chosen one. Yes, there are many others…

Daily Stand Up: every day, with the whole team, while standing up. Everyone tells what they have worked on during the previous day and what they’re going to do on the current day, while also highlighting any issue they might have encountered. Why standing up? Because it’s not going to last 10 minutes if everyone’s just sitting on a chair. Smart, isn’t it?

Scrum of Scrum: it’s a meeting involving the representatives of each and every team (note, however, that representatives change every time), where everyone expresses their team’s critical points, issued and work that has completed. It’s a great system to keep communication flowing.

Sprint: it’s a work-cycle. A small sprint which comprises a Review with the client and a team Retrospective. The Retrospective action is done in order to show working processes, analyze whether something should be changed or not, and to pinpoint mistakes and how not to make them again. The Sprint is repeated until the team reaches the end-goal.

Guild: a team meeting in which knowledge is shared to compare and contrast different branches of experience.

Team without team leader: a very intuitive way to give freedom and to understand how important everyone’s work is.

WE DON’T HAVE HR. WE HAVE THE PEOPLE TEAM: PEOPLE TO MAKE OTHER PEOPLE HAPPY

Here’s another interesting topic. Agile is a culture that embraces every part of the company’s organization, not just the software production methodologies. For this reason, there’s no HR (Human Resources) in Interlogica; here, we have the People Team. Our employees, all of us, we’re people, not numbers to be recorded. It’s a very important cultural change that has made me reflect on how much it is necessary to steer towards more humane and contemporary models. I’ve discovered that there already exists something like this in America: the Chief happiness officer, who’s not working on material benefits, but on everyone’s benefit: he interprets their needs, he listens to them, he motivates them and makes it so that everyone inside the company can feel appreciated. This way, everyone works better and lives in harmony with other colleague. What benefit is that you say? The entire structure benefits from it.

I’d say that it’s exactly what the People Team does for us. I’m glad that Interlogica is one of the first Italian companies to have an unit like this.

AND TO TOP IT OFF… THE LIQUID OFFICE

While talking about liquidity, referred to cultural changes, Zygmunt Bauman, the great theorist of liquid modernity, springs to mind. Now think about this exact same principle and apply it to a business system. The result you’ll have will be something like this:

Ok, so, it’s not that clear, yet. In this short video, which was realized by one of mi colleagues, you can see 10 laptop computers. Laptops, as everyone knows, help work mobility. Here’s the keyword: mobility. While taking inspiration from coworking spaces, we then plunged into the everyday office environment. Those 10 laptops are just a fraction – they’re 35 in total – of the new computers that have just been ordered and that will be provided to, and used by, each and every one of us (I’ll let you in on a little secret: I got mine as soon as I arrived here).

Change is in the air. We can easily move from one desk to another, from one floor to another, and potentially, talk with every person working in the office every day. I really like this way of working. I love talking with people, know what they’re working on, see new faces. Every morning, the feeling one gets is that of working in a space that includes many other different ones: Farewell fixed office. All I need is contained in those laptops.

“Innovation is everything. When you’re on the forefront, you can see what the next innovation needs to be. When you’re behind, you have to spend your energy catching up.” – Robert Noyce

I think I can end this new, for me, voyage  inside the Agile universe here. Each and every day I learn something new. I would’ve liked to tell you something more, or something different about Agile. Maybe I’ll do it, sometime.

Let’s get back to the first question: Why Interlogica is Interlogica?

Interlogica is a place where everyone’s mind is appreciated, sharing knowledge is promoted, it’s a place where research is done in order to find solution that are always one step forward. It’s a company that tackles transformation before it becomes an idea, creating an environment that encourages both employers and commercial partners, that highlight the hidden potential of its clients.

“We’re in the midst of a great change of direction” – Alessandro Fossato, CEO, told me on the first week – and now I’ve come to understand it. An action is not pursued through words, but with courage, passion, bold ideas, with days working on transforming a group of people into an able crew, while sailing at full speed towards uncharted seas.