How can you organize a productive team in a business? 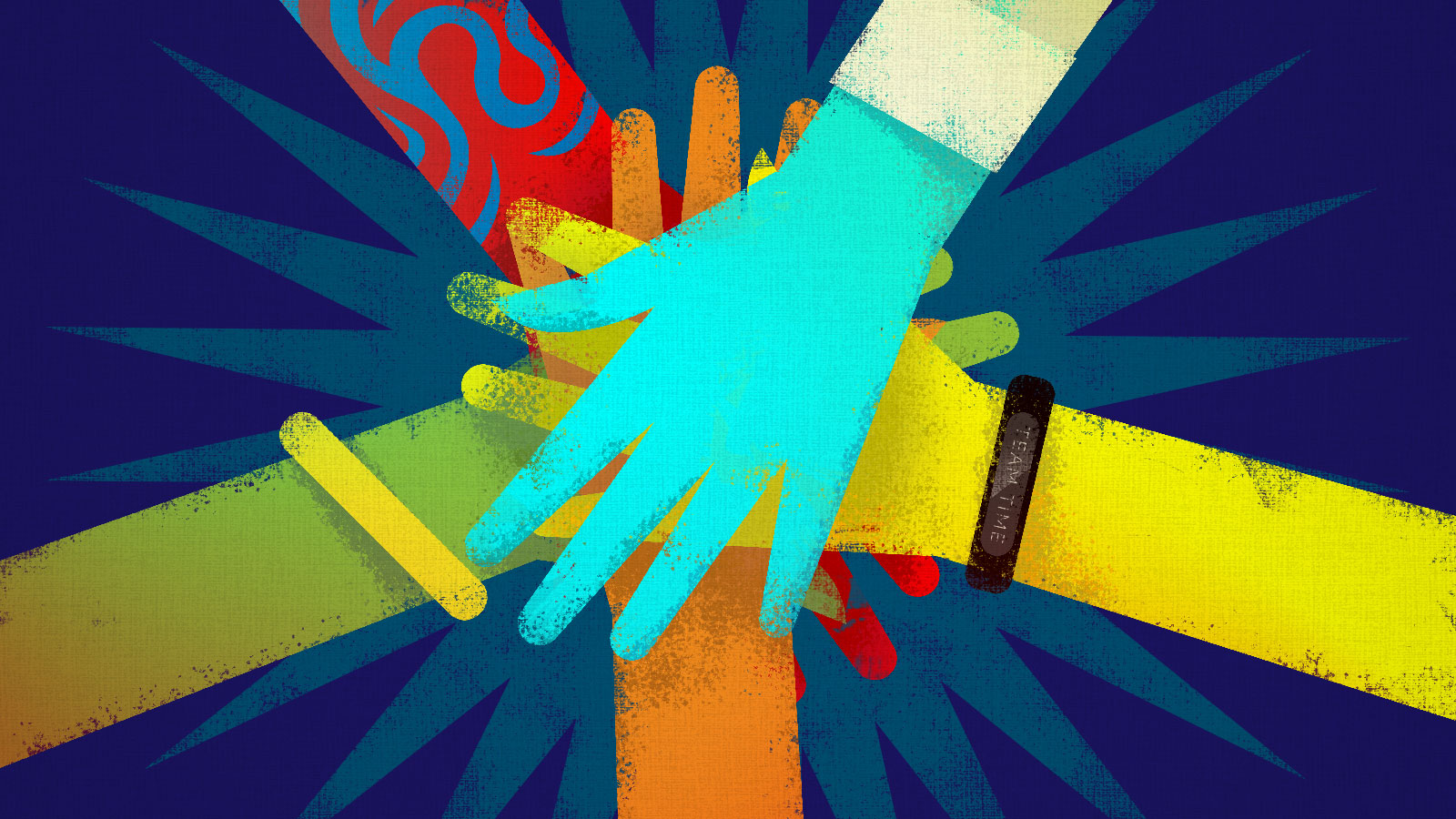 Many service companies, in the digital product market, when they first interact with Scrum or with other Agile frameworks, they start using the methodology about Project Team.
The client is usually accompanied throughout the initial phase by the Business/Sales team of the company and then helped by a Product Owner, especially during the process of design and development. The Product Owner interacts with Designers, Developers and Technical Teams, whose size depend on how big the project is and, usually, it is carried out by team members with a very well-balanced seniority.

Project Teams are those teams that are created when a project kicks off and they stay together for the whole duration of the project. They regularly meet for ceremonies and they can rapidly and regularly give value to the client.
This is an improved and important way of delivering results compared to past ways of working.

Even if, sometimes, some components can be used for a limited time, the Team is entirely involved in the whole analysis and development of functionalities, until testing and release come into play.

The Team is later dismembered gradually, as soon as the product becomes stable in production and it enters the support phase.
In that particular moment, the professionals who used to be part of such a Team can now help supporting other Teams or can also be allocated to new projects when available.

A very interesting trend which has been deeply analyzed in the past few years, is the tendency organizations have to move towards the so-called “Stable Team” or “Stable Product Team” or “Long-Term Team”.

The name gives already a good explanation: these are Teams that will stay together for a longer period of time, way beyond the duration of a single project.
In the best hypothesis, teams have multidisciplinary competencies and they can deal with a project from the start to its end.

The members of these teams are working full-time on the same assignment and, once finished, they are ready for the next one.

When a new project comes up, it is taken by the mostly free and competent team or, if it’s too challenging, it can be split across several teams.

We can look at the distinction of the two models in this way: 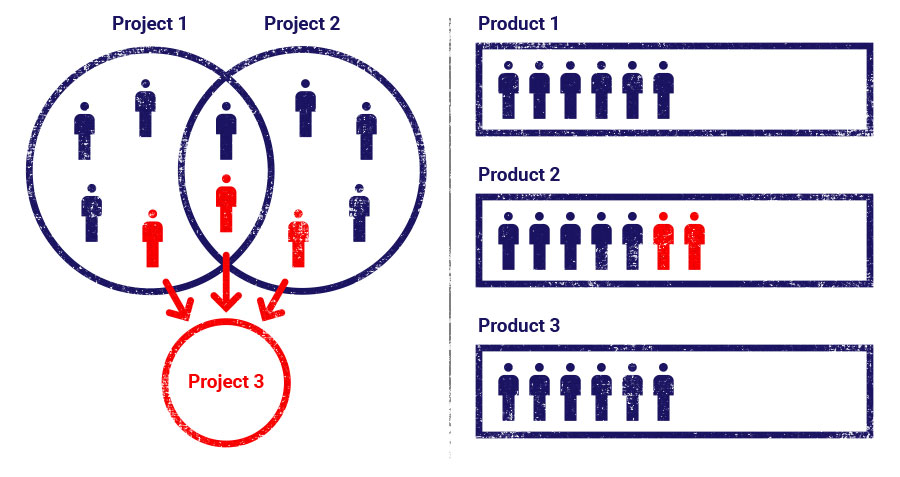 In 1965, Bruce Tuckman, a Professor of Educational Psychology at Ohio State University, elaborated an evolution model called “Tuckman’s stages of group development” for the working environment.

The 5 stages that Tuckman identified are still a valid point for people who are involved in such domain:

What indicator can we use to measure a successful team?

We do think that performance is measured through skills, cleverness, ability, synergy or even leadership. This is not correct and what makes a team successful is the security perception.
People feel at ease, strong and confident when they can work together in a continuous and focussed way, having clear objectives in mind and knowing who to go to when they need advice.

In safe environments, the chances for people to share ideas and finding new methods are higher. This is because people do not feel threatened by being judged or, worse, punished.
Every time a Team is dissolved to form a new one, every single member needs to start again.

To build trust and collaboration within a team a lot of effort and dedication are needed.
More trust gives more willingness to work together and this translates into productivity.

Often it is best to give to a mature Team a task that is quite different from the current Team’s skill set rather than giving it to a Team that still needs to go through all Tuckman’s phases.
Very performing teams will have no difficulties in gaining the competencies required by the new project and will therefore increase their efficiency.

Why should a business opt for Stable-Teams?

Many businesses see creating stable teams impossible in their market or condition.

Too many projects, too lees resources, turnover, and junior members are a complicating factor in the organizational picture.

This reveals reals problems that go a bit beyond the obvious: who takes decisions? How are priorities decided? How transparent is the communication? How is the short-term vision planned?

Stable-teams arrive to support all these issues in the following ways: 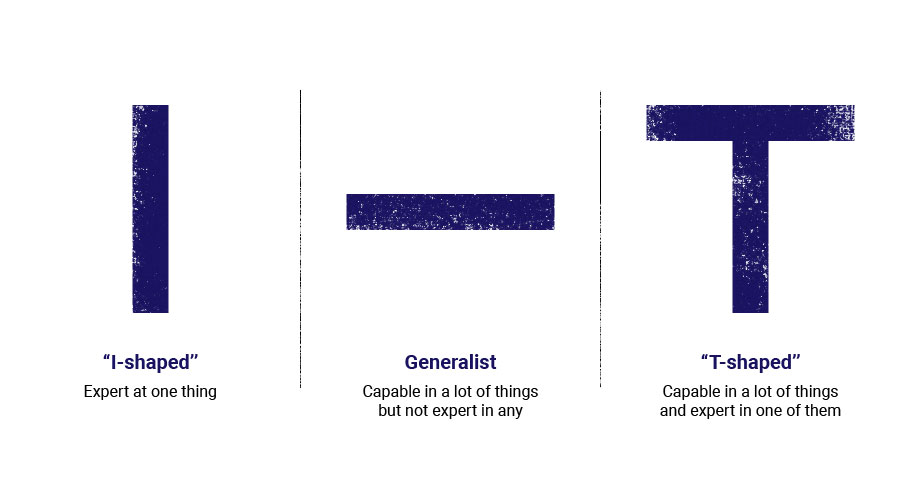 An example of Velocity Chart of a developing Team (screenshot taken from Atlassian Jira) shows the increase of performance of a Team from Sprint to Sprint (a variable period, usually 2 weeks). The Team is able to give more quality which is depicted by the green columns in the graph: 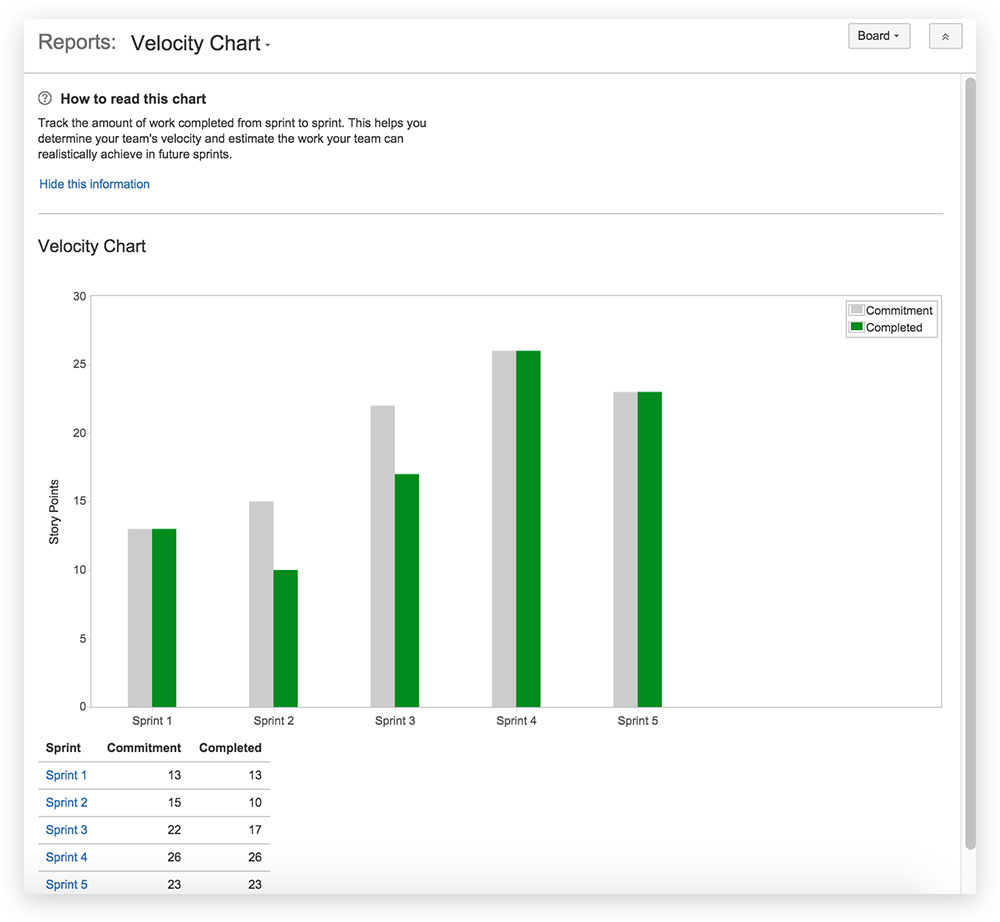 It is now relevant, to be intellectually correct, to also talk about the possible negative things:

A stable team doesn’t necessarily mean “stagnant”: changing is always possible!
It is part of a leader/coach’s task to identify the alarming bells, encouraging discussions with people, evaluate what can be easily solved, promote opportunities for growth and, eventually, restructure the Team.

Sometimes the team might need to become bigger or smaller, other times it will be obvious that some people do not work well together and that others have a great understanding. Taking away or adding a person to the team is something often needed to “wake up” the team from a period of slumber.

There are infinite reasons why Stable Teams evolve in time and this is positive both for the Team and the organization that becomes more mature and subsequently grows.

People who are leaders or coaches play an essential role in this type of organization, which cannot be confused with a more standard hierarchy.

Servant Leadership or Participating Leadership styles enrich the work done by teams who feel part of the decision-making process and, at the same time, are represented in front of top management.

It is right to recognize that those who support daily management, making internal and external relationships easier, paying attention to human dynamics (on top of professional ones) become focal points.

“Employability is having a set of skills, knowledge, understanding and personal attributes that make a person more likely to choose and secure occupation in which they can be satisfied and successful.” Dacre Pool and Sewell, 2007

In big companies, where it is difficult for HR departments to enter the complexity of daily assignments and to understand feelings, issues and unhappiness, the roles who help the operations side of things offer an important contribution. They decentralize the attention for the person and this makes it more punctual and significant.

Marco Calzolari, co-founder of Agile Reloaded and Nobilita, during the workshops titles “Everyone is HR”, summarised in this way the responsibility of the company’s performances:

Even if individuals are responsible for their own personal development, the company has to create the condition to favor such development.

When we talk about “company” we are not just referring to the CEO, CTO or HR Managers.

The company needs people to trust, in every part of the organization, in order to be ready to understand and drive changes.