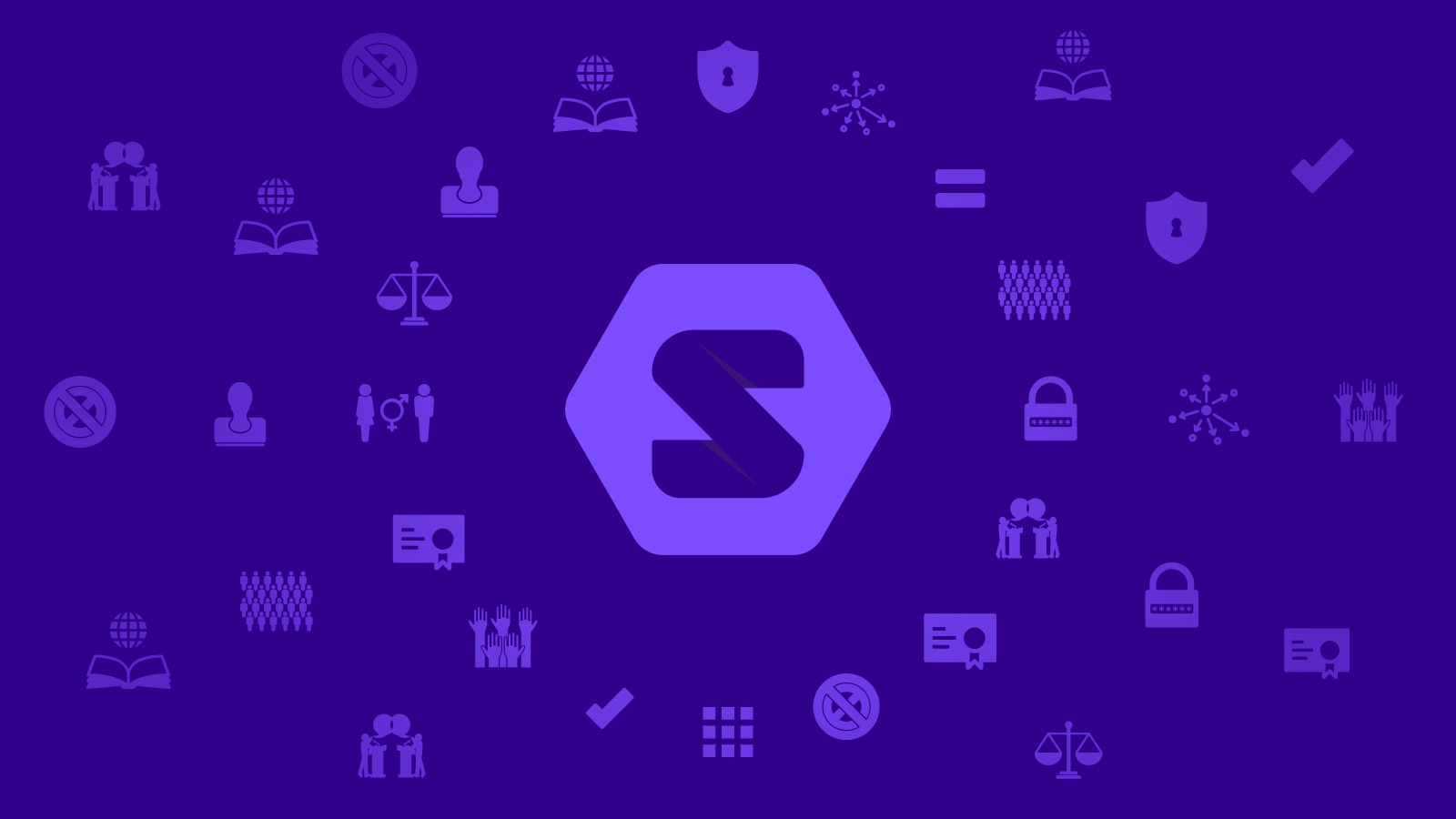 SOLID, ONE OF THE BRICKS OF THE DWEB (DECENTRALIZED WEB)

The aim of the DWeb (Decentralized Web) is to bring back the WWW (World Wide Web) to its original idea, a democratic, accessible, free tool, open to all, in a nutshell, a right as declared by the UN in the Charter of Human Rights.

This movement stems from the Decentralized Web Summit 2016, and especially from the ideas of Tim Barners-Lee, the father of the web, who leads us straight to Solid, his new project.

Solid is a new paradigm for the realization of Web applications, a set of technologies and protocols able to solve a multiplicity of problems that afflict the Internet of the present day: privacy, property and veracity of data, abuse and manipulation of information.

Usually, all this is at the expense of the users, and for the benefit of a few large companies.
Companies that have shown they have no interest in solving problems such as:

The first step in trying to solve these problems and to overcome the current limits is the separation of data from applications. 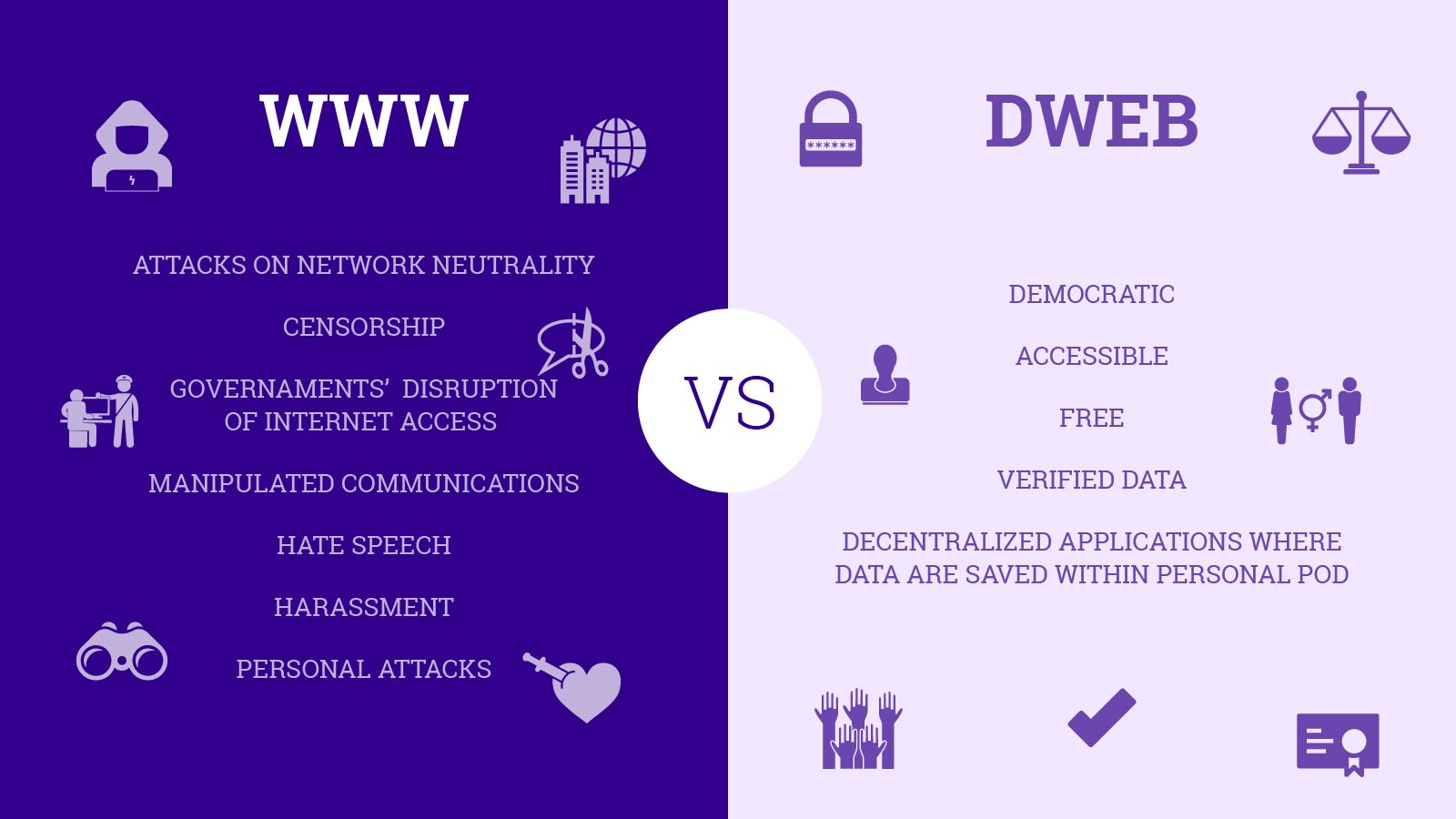 Currently, each application has its own data – in most of the times saved within its own database – or it uses services, its own or third parties’, which still provide data storage within centralized data centers.

Each app is similar to a walled garden, a closed system to which it is impossible to access, and that jealously guards – doesn’t own – the information contained, which at worst is re-sold to third parties by exploiting an unethical business model.

The basic idea of Solid is to overcome the current reality by saving the data within one or more Pods. These are personal stores that contain your data, and to which apps can access only after authorization. For instance, we might have a personal one, one for work, one shared with the family…

Pods can be housed in small units in our homes and connected to the network, or within a data center that grants its resources to host data of others.

FROM A TECHNICAL POINT OF VIEW
Data is stored inside them through the Semantic Web standards, specifically in the RDF (Resource Description Framework) format of the linked data; to be clear, the same used for the public administrations’ OpenData.

FROM A MATHEMATICAL POINT OF VIEW
The efficiency and the correct functioning of the whole DWeb are based on a data structure called Merkle tree, making possible a web based on a small contribution by many instead of one concentrated in the hands of a few.

According to the current GDPR (General Data Protection Regulation), each company must give users the possibility to download and eliminate their data, but we know that the reality is quite different.

Solid’s technology gets through this concept, giving people full ownership and control of their data, and allows them to choose from time to time which applications may or may not access it.

Solid is just one of the bricks to build the DWeb, the other bricks we need to realize this democratic evolution of the Internet are the DApps.

Decentralized applications, distributed and available on platforms such as Blockstack, Holochain, Aragon, just to name a few.

Fundamental applications for the success of the new web and concerning areas such as:

At the governmental level, it would be nice to see the ANPR project (Anagrafe Nazionale della Popolazione Residente – National Register of Resident Population) and SPID (Sistema Pubblico di Identità Digitale – Public Digital Identity System) built on these new technologies. But the truth is that these projects are made on obsolete protocols, such as the SAML (Security Assertion Markup Language) that is 16 years old, and with prehistoric architectural solutions on which it is better to keep lips sealed.

Here in Interlogica we try to be on point and study the developments of Solid following with curiosity and confidence the progress of the DWeb, and getting our hands a little dirty in trying to create a better internet for all.