Virtual Reality: the space is the story 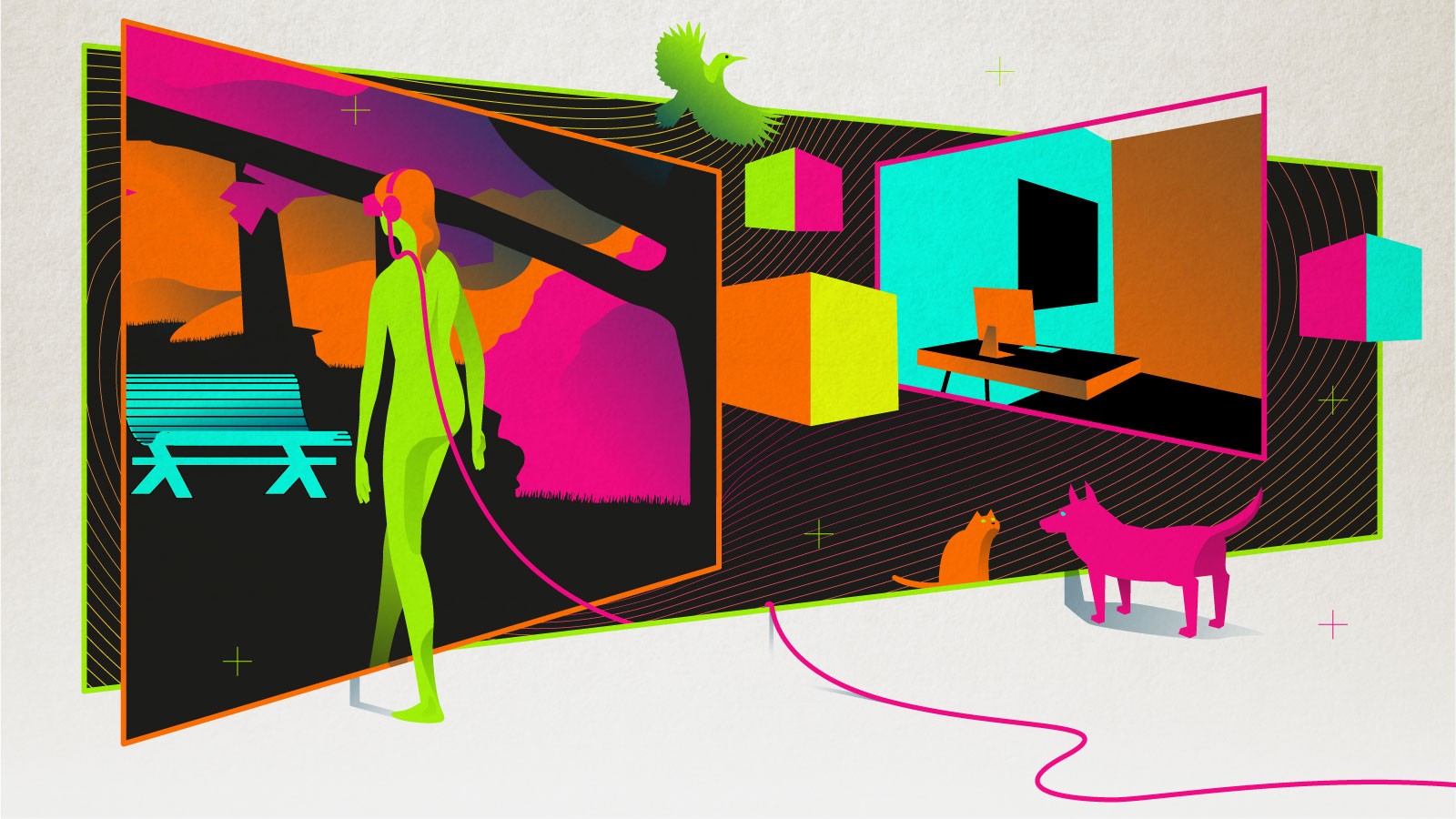 Discovering a new and disruptive medium

“The space is the story”: Daniel Fraga, Designer and virtual reality Developer, opens his talk about virtual reality with this statement. Daniel is also an Architect and a Researcher. A post-architect, basically.

His architectural knowledge became quite evident when once, whilst trying to de-codify such disruptive and provocative language, he used the words said by Rem Koolhaas, Dutch architecture star, to explain how architects put spatial episodes together to make sequences.

That’s how I understood I was in the right place.

I was quite curious and, at the same time, I was hoping to understand something more on such a disruptive technology – hence why I went to the “River College Virtual Reality” days, organised in Padua by the Researching Movie Cultural Association. I was also quite scared not to discover anything new.

I was immediately shocked by the relevance of the speakers: they were amazingly well prepared, a mix of pioneers and professionals who got together to fully investigate and share their knowledge about an area that still needs to be fully discovered and which has a lot of new surprises waiting for us.

I have to say; I am a complete ignorant and my knowledge on the matter is really superficial. I had never asked myself the real nature of such a new medium, its potentialities and its effects on our perception. Well, to be honest, until some years ago, VR was used as tool in the scientific domain rather than a way to represent realistic worlds.

When Daniel started to talk, with his beautiful British accent, I was already in love.

“In Virtual Reality”, Daniel Fraga started to explain, “the frame concept doesn’t exist. You, as the user, live in the space and in the story that develops all around you”.

This might seem quite a simple and obvious statement, but it actually has massive importance.

To understand it better, we need to take a step back.

The frame as a limit: cinema and photography

Let’s travel back in time to an old cinema in Paris. A crowd ready to watch one of the first public projections of the history of cinema: L’arrivee d’un train en gare de La Ciotat by the famous Lumiere brothers. Legend says that people ran away terrorized when they saw the train, at a fast speed, coming towards them as if it wanted to crash into them.

The extreme realism of the scene and the identification of the spectator eye with the video camera, transformed the “representation of a daily life scene in its show dramatization. It’s the viewer’s inclination to identify himself in the show to make existing and real what he is watching.”

Photography actually started some years before the cinema. It sent painters to a corner because of its ability to reproduce what the eye could see. This marked the start of contemporary art.
New media were now in charge to represent reality as it was, in the same way we were seeing it.
The artists who studied nature and examined language, they had already codified its grammar.

Neither cinema nor photography can represent reality as it is. There is a well-defined limit called frame, which selects the space represented and that separates the watcher from the object.

I don’t want to analyze too deeply these languages but, it is important to understand that cinema, for example, uses the voice over concept, which sends you to another reality that you cannot see in the frame.

The border between reality and performance is blurred

Let’s jump through time again and let’s have a look at today, when virtual reality allows overcoming the border between reality and performance. Acknowledging that in VR, frames do not exist and that the user is completely immersed in what he sees, all this means realizing that we are witnessing the birth of a technology that is rewriting the paradigms of performances.

The user is present in the virtual space, he is inside the space and, in some cases, he can interact with it and explore it.

That’s the reason why Daniel Fraga, Virtual Reality developer and designer, architect and researcher, talks about Ontological Design, a brand-new hybrid discipline that encompasses architecture, theatre, behavioral design and cinema, to give birth to a new dimension of narration.

The biggest challenge VR is facing, according to Fraga, is in building spaces that the spectator can explore and experience as much as he wants. “To create spaces and worlds where people have a chance to live out their own stories within a frame…” In VR, experience is shared by realizing spatial scenes which make a sequence whose narrative output will always be unique. It will be built in real time by the user who is watching. 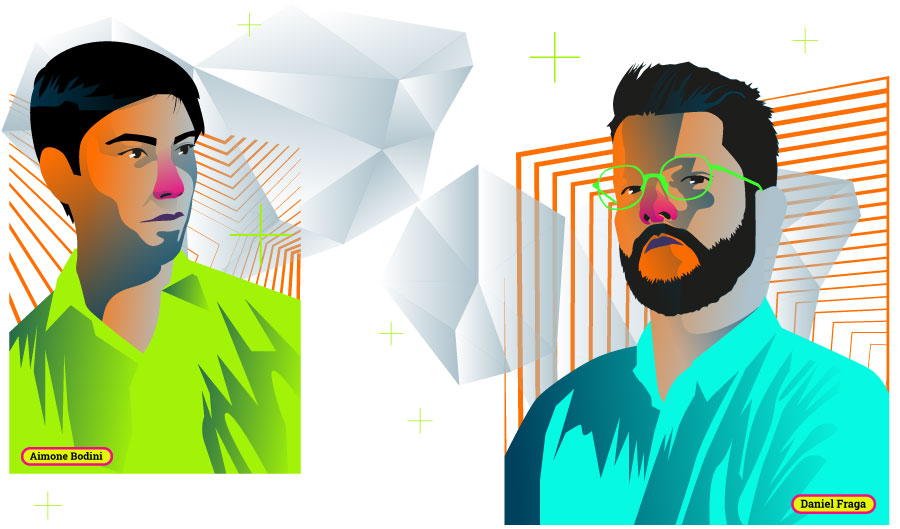 Aimone Bodini, VR Specialist and creative producer, whilst quoting Professor Andrea Gaggioli, explains that “the sense of presence is the illusion of non-mediation”. Basically, quite differently from all other media that preceded it, VR gives us the illusion that the medium doesn’t really exist. This overcomes the sense of habit that we have about all the other tools since the birth of “new media”.

Through some experiments, it has been demonstrated how such proximity between the person that perceives and the perceived environment, can generate a transformative experience in the spectator which is definitely better than any other representations before. You strongly identify yourself with the reality surrounding you and you see a dramatic change in how to perceive things and on how you feel empathy.

VR: more than a simple tool

VR has some different features from the collective ideas: it is no longer a simple tool for games and fun but it becomes a land of infinite possibilities. It can involve different domains, from education to science, from medicine to psychology.

Today, the technology used to realize VR experiences is still very expensive to allow it to break through the consumer market and it is very difficult to predict how it will evolve. Being contaminated by other technologies, with devices that are converging, the mix between augmented and virtual reality will definitely open some new landscapes that have never been explored before.

There are so many aspects to consider when we talk about virtual reality. Many of these aspects have been analyzed during the “River college Virtual Reality” conference. During the days of the conference we managed to understand how this medium really works and more about its history and ontology.

I saw some examples of monoscopic and stereoscopic video-cameras, ambiophonic microphones, etc. We talked about the difference in immersive visuals and the tools and techniques for editing. It was a real 360 view about virtual reality.

We are putting in the hands of those who are designing virtual reality, a very big responsibility. These are just some thoughts to start our adventure in this magical world with some more understanding of it.

– Infographic –
The Road to VR 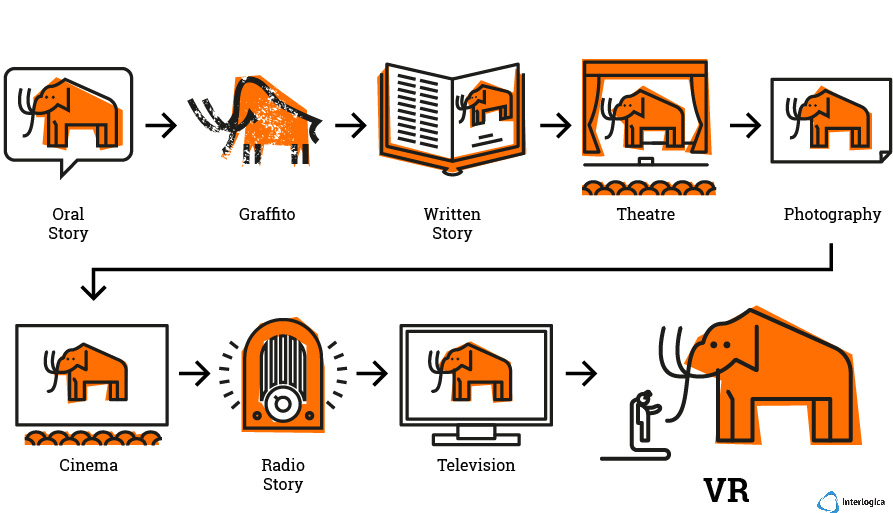