Stories from another world: time zero 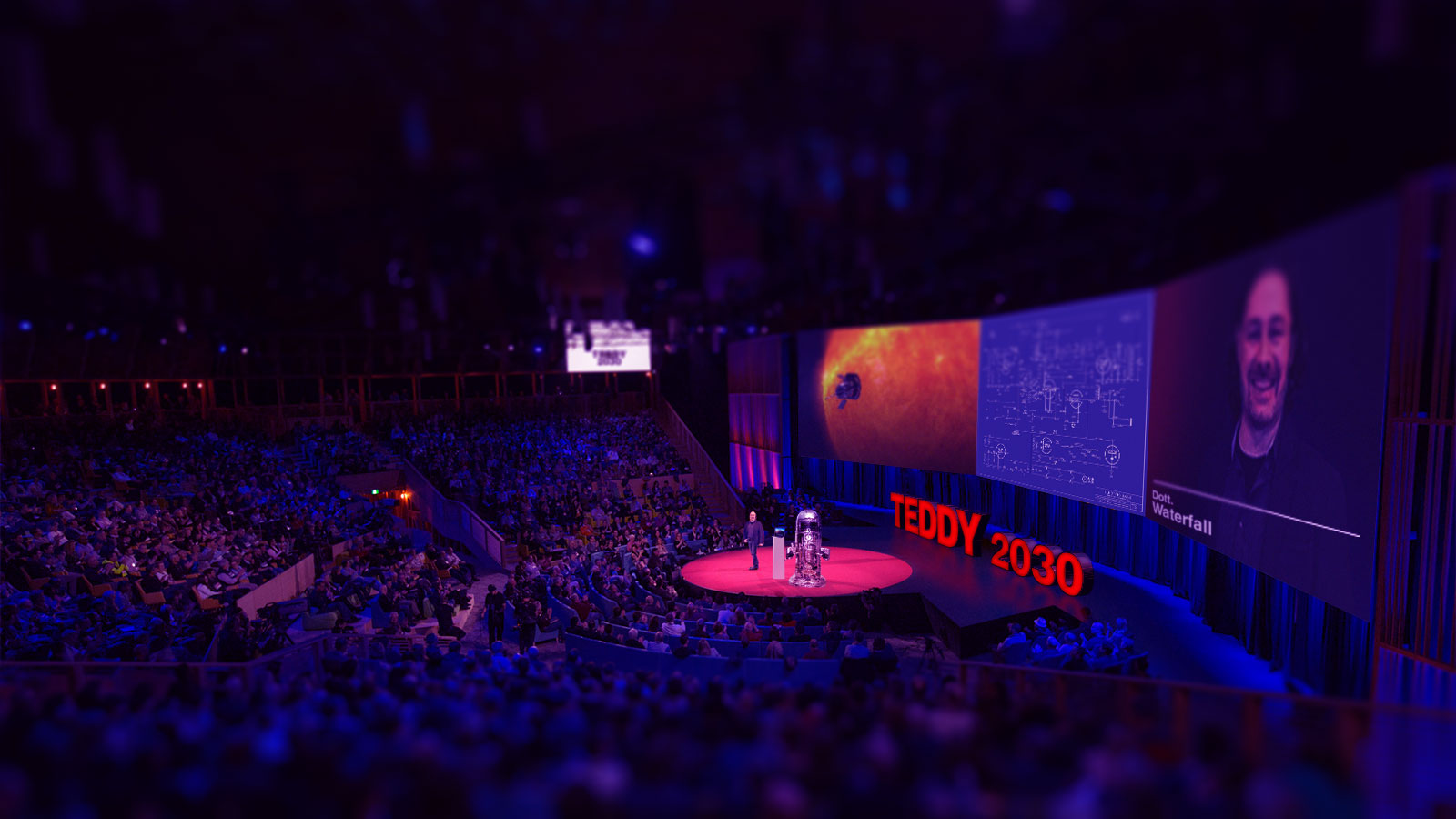 “Gentlemen, this is the fastest computer ever!!”. Doc Waterfall, very proud in making such a statement, removed the cover that was hiding an old Apple from 2018, with a strange machine at its side.

The audience didn’t look that impressed.

“Let me tell you that it will be as such forever, until the end of the world!” Doc Waterfall felt he needed to tell everyone.

Someone laughed and there was a bit of noise in the room.

Doc Waterfall was counting on getting such a reaction, he was actually pretty sure about it: melodrama had always been his true passion…
“Any questions?” he asked slyly, combing through his long artificial hair which he had just had transplanted.

Doc, you made us come here with the promise of telling us about a tech revolution and you show us something which is 12 years old?”

“If this is a joke, well, it is absolutely unacceptable”, Doc Standup shouted from the back of the room, visibly irritated.
The noise was growing louder and people were getting more nervous.

Calm started to permeate the room once again.

“Dear all, do you recall when time travel was discovered a couple of years ago? I am pretty sure you do; it was the talk of the year”.

“Yes, something utterly useless” commented Doc Standup, getting even redder in his face “The machine that was created, could only take back to the past inanimate objects and just for two seconds”.

“Absolutely true”, Doc Waterfall commented, “but, with just a tiny touch of creativity… you all know that we have elaborations in the IT domain that sometimes require even years to be performed by the most modern computers. Well, this super old Apple can do everything now, in no time at all”.

The audience was absolutely silent now.

“The idea itself is quite simple. If I put this computer inside our “useless” time machine, for every two seconds of calculations I’m bringing it back by just two seconds. I keep repeating such operation until it has finished. The computer will be working for hours, days, even years but, for those outside the machine, the calculation will be immediate. You won’t be even able to press “START” that it will have already finished.

Doc Waterfall found it a bit difficult to bring some calm back: his words had got everyone excited.
But he managed nevertheless.

Doc Alexander Scrum, who had remained completely silent until now started to speak: “Doc Waterfall, let’s imagine this is possible. The Apple computer will still have to elaborate for many years. In our reference system, the calculation is immediate but, in the Apple machine, time goes by normally… where does it find the energy to remain switched on for so many years?”

“Doc Scrum, you are absolutely right. That’s why our Apple computer is connected to an energy collector which floats around the Sun. I know, I know… we are stealing a bit of energy from our favorite star but, even if the computer should operate from decades, the energy taken away would still be very unimportant. You would still need to use sun creams when you got to the beach. I think a live demonstration will be the best proof so I want to show you how it works now!
As you all probably now, since before 2000, the SETI Institute has been in charge of collecting data from its radio telescopes, constantly looking for signs of intelligent forms of life outside the Earth. The problem they are facing is that the data collected are so massive that even having all the computers of the Earth working on analyzing them, it would require about 50 years to get an answer. So, which better candidate could we have then for our little demonstration?
I have personally written the code that analyzes the data and I want to share with you the answer that the human beings have been asking for centuries: are there brothers of the human race outside of this planet?”

Doc Waterfall went towards the computer and switched it on.
The screen lightened up.
He pushed some buttons in the time machine.

“Great! What do you say? Shall we start?”
Nobody said anything so he pushed the button “Start”.

In that exact moment, the computer switched off.

Doc Waterfall barely managed not to scream.
He actually screamed when, touching the computer, he saw it disintegrating under its own eyes.

“I don’t understand… how is it possible? It should have been elaborating, giving us an answer, even if required a long time…”
He turned pale and then he rushed to check the code he had created for the no longer existing computer.

After two minutes, he fainted.

Doc Waterfall had made a very ordinary mistake for developers.
When IT started, they were known as “infinite loops”: pieces of badly written programs that kept on running until the operator blocked them.

But there was no operator inside the time machine.
The only way to stop the operation was to consume all the energy of the computer until it shut down.

Stories from another world: Competition
Is our reality actually a simulation?
Connecting Passions